In language class last week, Marco had us reading an article about modern art, full of specific vocabulary and scientific terms. “The glass-emulating plastic deteriorates over time, meaning the art is not only impossible to preserve, but is so by design.” My retired Austrian classmates squinted at the words.

Martin, the retired economics professor from Vienna, raised his hand. He speaks slowly but deliberately, with impressive vocabulary and hesitating conjunctions. “Spalmare?”

“Oh, yes,” said Marco. “To spread, like butter or jam, or fegatino for crostini neri.” A further digression followed about spreadable cheese as a snack and its relative merits.

“Yes, palmare,” continued the dogged Austrian. “The verbs that are created by adding ‘s’ to mean their negation.”

“But what would ‘to smear’ or ‘to spread’ be the logical negation of?”

Now Martin’s brow furrowed. “To not spread? To unspread?”

I thought of unspreading a bunch of peanut butter off of a piece of bread and putting it back into a jar, crumbs and all.

I suppose it’s solid, or crumbly. But solid cheese cannot be spread, so – there’s no verb for the negation of the action. 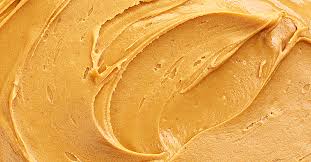 One Reply to “Italian Language Considerations”