Friends, Romans, lend me your ears.

Today I’d like to shine a spotlight of global moxie on a woman whose efforts and successes truly merit mention. Lauren is a graduate of the University of Oklahoma (Letters, Italian, European Studies); indeed, she hails from Oklahoma City, the very heart of Tornado Alley. 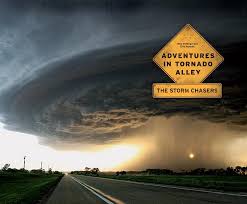 While an undergraduate at OU, Lauren studied abroad in Bologna, Italy – widely acknowledged at that time as the deep end of the study abroad pool. Bologna’s a big city; with one of Europe’s four oldest universities, the place is literally swarming with college students. You have to be brave, and linguistically confident to dive into this one. Lauren did – and like so many others whose stories I’ve been told, the first half of her Bologna experience was fairly terrifying. Oral exams in Italian. Huge classes. Brusque professors. And, it must be said, a fleeting sense of failure as she struggled to meet academic expectations. At one point, a professor of Church History cut her oral exam short, and recommended that she go somewhere and read for a few months before returning to attempt it again.

But it got easier. She made friends. Bologna became smaller and more manageable (it’s a city close to my heart). Who could fail to be comforted by the food there? Tortellini al brodo, crisp pizzas drizzled with spicy oil … lasagna casalinga. She hit the books, and her Italian got better. She went back and passed the Church History oral exam. She went home with an Italian friend for the Christmas holidays, and the gentle hug of that family stayed with her forever – in  particular, the utter lack of commercialism in their holiday celebrations. A family party where an adult daughter was overjoyed to receive a bottle of shower gel as a gift. Because the real gift in that family was being together, sharing time and space together, eating together.

Lauren fell deeply in love with Italy. She decided she would stay.

So, in 2008, after she’d completed her bachelor’s degrees, Lauren applied to a graduate program in Rome through an American University (St. Johns, in New York), and got funded through student loans since all her credit was transcripted in the US (very clever, that). Her program in International Government and Politics required an off-site internship in Rome. It went very well. She finished her master’s degree in 2008. One thing led to another, and five years later, she’s still in Rome.
Her career has taken off in the direction of writing, editing, and translation; she takes time to mentor undergraduate students on study abroad (as she did here, in Arezzo, this spring – below.)

Lauren said a few things that really stayed with me when I sat down to interview her in April.

First, all her jobs in Italy came from the resilient network of friends and colleagues. Not once has she applied for a position listed publicly, American-style. The Rome internship led to other not-for-profit positions in editorial and press pools. As her colleagues began to see that Lauren was, in fact, intent on staying in Italy, they began to give her referrals to new contracts and to new jobs. She took a risk, and stayed – and it paid off, both professionally and personally.

Second, Lauren spoke very movingly about how Italy had changed her – for the better. Her time in Bologna took her off the frenetic award track of America. A self-confessed study nut, Lauren’s undergraduate self at OU would barely take time off to have a coffee, so permeated was her world view and approach with American go-getter-ness. She remembered that undergraduate time as one of a discontented competition. What was all the rush for? Why did she want to get ahead, what did “ahead” look like, and why was it a problem if someone else arrived there first? Her months in Italy changed this. She began to appreciate small things – an espresso, a morning walk through the arcades – a talk with a friend. The way a family can sit down and spend and afternoon together in the living room in Italy, and no one is trying to run errands, go shopping, or rake leaves. Italy helped Lauren slow down and truly define her goals – ultimately, becoming more of the person she always was.

Beyond excited to have picked this up.
The old orphanage entry.
Street shrine.
Via delle Casine with San Giuseppe's campanile.
An evening close by Certaldo and enjoying the cool dip in this saltwater almost-infinity pool.
Grateful for an overcast morning that lasted for hours and kept the heat at bay.