Finding the France in Florence. F/lo/R[A]NCE.

There’s quite a bit of it here. I’ve been mulling over this one for a few weeks now.

Jason maintains that Florence is in central Italy, but if you look at a political map of Italy, it’s pretty clearly in the north of the country. 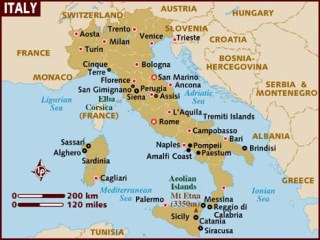 I have a bit of a complicated relationship with France. As previously mentioned. My filter on France is thick, and tangled up with early adulthood, culture shock, and impecuniousness. And unrobust health. 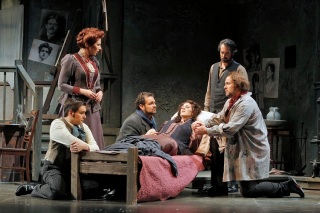 That being said, there are aspects of French culture with which I am well, if not subtly, familiar, and they align with certain aspects of Florentine culture in ways that give me pause for thought.

You do remember that the French royal house prominently features Medici blood. In case you forgot, there are fleur-de-lis everywhere as the symbol of the city to remind you. On trash cans. Buses. Everything.

Well-dressed Florentine women will not give a second thought before scolding perfect strangers for what are, at best, dubious social infractions. Crossing the street against the light on a bike when there is no car or bus around for blocks. Taking up too much space on the sidewalk. Giving lots of Florentine side eye. These women are typically middle aged, of a Certain Type of Family, and would you please just follow all their social rules exactly so that we can keep this Florentine ship running nice and tight. I have noticed that their numbers increase considerably on the other side of the Viale, so maybe I will just stick to this side of Piazza Beccaria.

A certain level of pride and assured elitism that does not deign to discuss or explain itself.

The love of food, a good meal, a solid wine, and afternoon lunch.

Good god, how can I forget the smoking. The hand-rolled cigarettes. 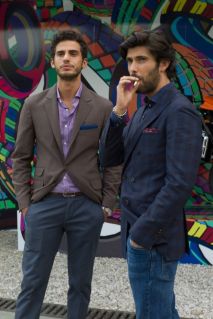 The preciously padded and attired toddlers. (Mine, meanwhile, continue to look more gypsy than Florentine, but it’s getting better as Vic accepts new jeans and long-sleeve t-shirts and new shoes into his wardrobe. Eleanor is nowhere near approaching the mini-model status of her Italian peers, and I am perfectly bene with that.)

The political shrug. The Bronx cheer, reformatted for Italians, when it comes to political questions.

The dogs. Everywhere. In the market. In bookstores. In restaurants and bars. I mean, I am all about dogs. I love dogs. But on a rainy evening in a crowded, dark, fancy bar? Please, Fritalians. Keep that dog at home.

And, finally. And the worst. The dog poop. I am not kidding. It is everywhere. They barely curb their dogs. (I spent three years faithfully curbing Donovan in Seattle, so I know whereof I speak.) There are turds. Everywhere.

Today after kid dropoff I was walking home, and somehow, a dog turd leapt from the sidewalk into the back of my right shoe. Under the sock. But not at all on the shoe. I was walking down the street with the poo-infused sock dragging further and further below my heel into my shoe. I stopped to inspect and was appalled. Out comes the pocket Kleenex. Try to roll the pant leg up just a bit. Why is the poop not on my actual shoe? I am really confused. I walk home trying to not think about it, passing infinite additional examples of sidewalk poo in varying states of integrity due to the heavy rains this week. Poop soup puddles are everywhere. I immediately change, and put the poop jeans and socks in the wash.

I had a lot of sidewalk poop angst in Strasbourg too. It was much harder to get my clothes washed, though, so there’s that.

Small Florentine mercies. What she injures with the one hand, she remedies with the other…