Where I grew up, art, in all its forms, was something that was to be looked at and admired. It was an unimpeachable sign of refinement, however obtained. Art was not an activity, and art was not a safe place for attempts or failure.

It strikes me now that I grew up in a culture of criticism, a grotesque exaggeration of pageant culture.

When I was seven, I had my own studio, in our huge finished basement in Michigan, a little utility closet where I used the shelves between jars of my mother’s canned summer fruit for the various things I was making. It was in this space where I also closed the door and sang. One time, my brother or father asked me if I was ok – what was I doing down there? Er, I was fine, I blushed. I was singing really, really happily and loudly. Looking back, I was clearly channeling some strong Sami tendencies to joik concepts into being and reality. I still remember the acoustics in there. Incredible. Concrete floor, high ceiling, wooden shelves and glass jars. I had spaces down there too in my studio for all my other little projects, which often involved making furniture and linens for my dollhouse, writing, and coloring with paints and crayons. Yarn was involved somehow. There were a lot of spaces to hide out and make stuff in that basement, and I disappeared for hours on end to do it. No one ever saw or heard what I made, but the important thing was, it was a safe space to just go and play with that energy.

Where I grew up, there was no support for making art, as I did as a child, and less so as an adolescent, and rediscovered in my twenties. In my town, if you were good at something, you were nationally ranked. My classmates in choir said they were going to Broadway… and they went to Broadway as professionals. My classmates making visual art received awards and grants in high school. My friends in debate accrued awards beyond measure. If you were a smart student in my high school, you went to an Ivy for undergrad, or at the very least, in the eighties, somehow got a nice, full scholarship to OU as a Merit Scholar or a Regents’ Scholar.

But where was the space for attempts and failed attempts? There was no workshop, because it cannot be Looked At and Appreciated. Where the studio? Who knew? These high achievers, these artists and intellectuals in my youthful community, seemingly woke each morning to breathe achievement and excellence.

My arty childhood energy receded further and further back in this culture until my goals for myself were Spotlight Operator and Editor. Seriously, I still cannot believe I thought this. I thought that my output was so poor, and so clumsy and ridiculous, that I stopped trying. I am not a creator, I thought. I can only help and support people who are gifted enough to create. I’ll just put a big “what the hell” bubble around that right now for you.

That is how, by the end of high school, the dregs of my creative tendencies were channeled into, I am not kidding, student government. The last bastion of something I could create. That went on for years. (My classmates in Oklahoma who stayed on that path are many of them now in the state legislature, so I’ll just leave that revelation with you.)

I look around now in Florence and see a city stuffed, literally crammed, with art, masterpieces in paint and marble and stone so fine that millions of people of a year stream through its narrow streets just for a chance to glimpse the highlights here housed on their once-in-a-lifetime holiday. I suspect most people think that the masterpieces in this city were created by some new type of human who simply woke up and chiseled the David, painted Venus on her half-shell, gilded the halo on Mary’s angel. Who wrote music or entire lyrical poems that explained the entire universe and all of mankind inhabiting it. 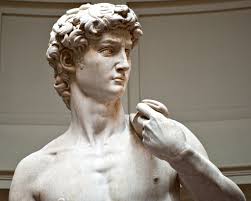 Great job on David, M’angelo.
Can’t believe you got it so right on that first try! 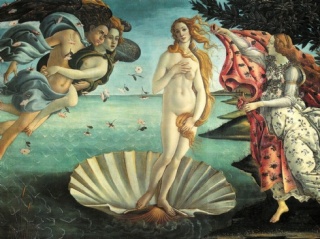 Botticelli,thank you for waking up and painting this.

But no. I dreamed last night of a Dark Florence. I wondered what the city would look like were it full of the castoffs and detritus, the failed attempts. I saw down time into studios brimming and buzzing with energy and creation, with no one looking over anyone’s shoulder, of artists and writers and musicians who simply had the space to expand and the safety, at some point, funded and supported by someone, to take risks. Sometimes those risks worked out well, and people clamored to consume the resultant art or music or literature. But very often those risks just failed to fly, and were relegated to a midden in the corner of a studio until they were removed.

What would Florence be today if the castoffs were on display? What would it say about the process? Who would come to assess their worth? If the lines were not graceful, the dimensions out of proportion? Who would love a hyper-edited Divine Comedy, eked out in moments when Dante’s internal editor managed to lower his critical voice? Who would attend a half-baked, dispassionate Puccini production?

(We talk a lot about Dante in our home. He is pretty much a roommate at this point. A glowering, intelligent roommate with bad teeth and brooding literary genius.)

No one is lining up to see this, but who cares? Someone made it.

Art in all its forms is not simply something to look at and consume. We are all artists. Art is something you do. It is an energy and a way of looking at the world and seeing things differently, then taking a risk to transform it with our hands, our perspective, our mind, our voice, our words. The high-water mark of this energy tends to wind up in museums, or garlanded with awards, or auctioned at high price. But what of the immersed iceberg below, and everything that came before what peers and society judged to be beautiful and worthy?

You are now free to go to your art space and make anything you want to. I don’t want to see it. Just tell me if you did it.

Oh, footnote. Choir is on! And what a milieu. People really love to make music in this town. So glad I went to that Friday night cena.