Firenze: Linguistic Journeys, or the Periphery of Fluency

I have been hitting some major milestones in Italy with respect to language. I am modestly proud of my progress, challenged as it is now in midlife in ways that it was not when I was a university student.

In the early and mid-nineties, my main occupation abroad was to attend class on host campuses, pick up vocab, monitor hot-spots to be seen in, crush on cute foreign boys, read literature in other languages, journal, travel, and puzzle over train timetables. 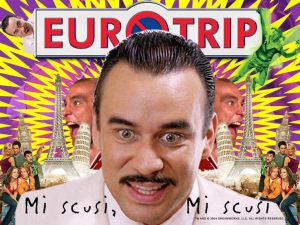 Now, I juggle language learning with parenting, diaper changing, working full-time, battling sleep deprivation, monitoring sick children, solo parenting while Jason is away, and constantly moving pieces around on our logistics board to make sure that everyone is where they need to be at the right time with the support they need. Language learning is now done quickly, in concentration, with no time for nonsense.

And, as many Italians have helpfully pointed out, my full-time remote work for my US employer is doing little to further acclimate me culturally and linguistically. I live in a little bubble of English that is punctuated by drive-bys in Italian at stores, caffes, and on the street. I am frequently rattled from my anglophone reverie by a sudden volley of Italian, and lurch as I struggle to quickly shift gears. When the kids come home we speak more Italian as they are being well-conditioned by the Italian education system, and to be fair, I leverage their language often in the service of improving mine as their vernacular is excellent and perfectly deployed.

I completed five months of Italian language class in the Sprachcaffe, and they were helpful hours of instruction, especially to benchmark myself against other Italian language learners who are not, well, Italian people, or my gifted husband.

I irrationally hoped that I would wake up one morning speaking fluent Italian, like those Rosetta Stone commercials we so openly mock, or that Facebook clickbait that has been going around lately. Intellectually I know this to be a hopeless wish, and yet emotionally I cling to it. (Clearly this is a marketing position for Rosetta Stone products.)

Jason and I have been students, at one point or another, of at least 25 languages between the two of us (not to brag, merely stating facts), and we are nothing if not realistic about the human capacity to learn and correctly use acquired language. There is no download, no tiny chip to slip in and launch. 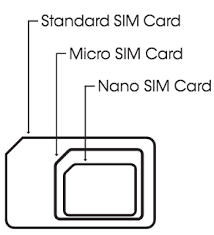 Linguistic fluency is a continuum along which all language learners travel. We find ourselves on various points of the spectrum for reasons that are by turns clear, then obscure. Cultural fluency is equally important – it is not simply learning words and concepts, but know when and how to properly use them. For example, buon proseguimento, which in Italian might be best translated with the British “carry on, then,” does not really exist in English. In English we wish people good luck a lot, and tell them goodbye, but do not have a term for “I hope you enjoy the remainder of whatever you are doing now.” Frankly, I don’t know an equivalent for it in French or Spanish either.

Italians like to wish each other a “buon/a [cosa]”, which in Spanish or French to me seems limited to greetings demarcated by the time of day. In Italian you can be wished a happy anything. They love it. Buon asilo (day at daycare), pausa (break), appuntamento (appointment), pranzo (lunch), and so on. (Funny side note, perhaps it was more a function of life phase, but in Spain I remembered a similar use of puto/a + noun, for the adjectival f*cking.)

But I digress. I wanted to say here how I am going to leave Italian to the side for a moment, and appreciate it as The Water I Swim In and less the Language I Am Learning. I can get very intense about things, which comes as no surprise to anyone who even remotely knows me or both intense sides of my family.

I have met my milestones in the form of soloing a parent/teacher meeting with Victor’s new first grade teacher, Maestra Alessandra, which I navigated with relative calm and used culturally and grammatically appropriate markers of respect by addressing her consistently as Lei with the third person singular conjugation. She complemented me on my Italian! And she is a teacher by trade!

I completed a few business calls last week entirely in Italian as I contacted and preliminarily interviewed childcare help for newly arrived friends of ours, and one of them complemented me on my Italian. On the phone! In the moment!

I am less nervous now communicating in businesses and when getting things done. (Our friend Susan always claims I receive the Vivacious Cute Girl discount at Italian businesses.) I hate feeling awkward, but I don’t feel like I am going to be ticketed and deported for Substandard Communication. So I’ll chalk all those up and call it success.

My next little language project starts on Friday morning. Yes, I am headed back to French language with weekly private lessons from a Parisian in centro, an artist in a studio in San Lorenzo. Why not expand on a language I was once at ease in? Why not enjoy stored expertise? It will be a relief to inventory my French magasin with a native speaker.

It’s all in there. I sense it lurking behind the scenes, like a stagehand dressed in black moving props between acts. It bubbles up quickly when I bump into lost French tourists in town. I could not have imagined in 1996 that French – French! – would come to feel like an old friend. Perhaps if I change my focus, and put Italian on the periphery of my linguistic gaze, it will come more easily, like when you get a hole in one at mini-golf because you weren’t really paying attention to what you were doing or where you were aiming.

An obvious overlap exists, so it’s not like taking up a completely new non-Romance language (although I would never say no to that either.) When my brain defaults to Spanish and French while punting in Italian, it is not to brag. Rather, like a rock climber, my brain is grasping and clinging to whatever clefts it can find in that sheer face.

It is really, really hard to visualize che instead of que. When I hear Italian che, I see Spanish que in my mind. I am not trying to; I am just so conditioned by years and years of instruction, living, and travel in French (since 1993) and Spanish (since 1983). I do not reach for a specific language; they just bleed into each other. Language, I am learning again in mid
life, is not a new app to download, but rather hues and shades to mix from the palette at hand. 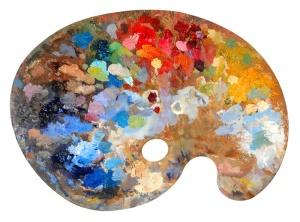 Next topics: Language as Software; How To Quickly Feel at Home