Italy held what turned out to be historic elections on September 25. A right-wing coalition triumphed, sweeping in to power a new prime minister in the form of Giorgia Meloni, whom I fondly translate into Georgia Melons in English. She is the most right of center prime minister in Italy since its dark chapter of the ventennio, the two decades in which the most iconic of little big men, Benito Mussolini himself, put himself in charge, changed the calendar, shifted the culture. He ended his life at the end of a rope in Milan after a tumultuous final chapter in 1945, punctuating the end of Italy’s de facto civil war as the country tried to sort things out – and distance itself from Hitler’s failing war – while the rest of the world worked on ending World War II.

I was a Letters major as an undergraduate, and my Latin instructor, the inimitable Peggy Chambers, never failed to relate the relevant points of Roman history and culture to modern history. The woman had read her Gibbon! While she acted the part of Hannibal’s confused elephants traversing the Alps, she also explained to her attentive students that Mussolini felt he was reclaiming Rome’s cultural heritage. “He started the calendar over to Year One, in 1922, and they loved it! Il Duce, they cried!” The March on Rome took place on October 30, 1922, and marked the nonviolent transfer of power from the Italian throne to the Fascist government.

Professor Chambers always made certain we know the etymologies when they were relevant, and she spent some time on fascism. The fasce is a bundle of twigs, thin and weak on their own, but strong when bound together. This feels like an irony that should have occurred to the newly empowered, perhaps occasioning a rebranding, but no. They were twigs on their own and indomitable when bound up tight and tied together.

The word fascism comes from the Latin fasces, which denotes a bundle of wooden rods that typically included a protruding axe blade. In ancient Rome, lictors (attendants to magistrates) would hold the fasces as a symbol of the penal power of their magistrate. (Brittanica.com)

In further explorations in irony, Meloni is now a woman prime minister at the helm of a party called Brothers of Italy. I guess Siblings of Italy doesn’t have the same catchy phrasing, and Sisters of Italy sounds like the Vatican might object. Plus what to do with all those Italian men who want in?

When Trump came to power in 2016, I wept for a week, kicking the yellow leaves up and down Via della Colonna past the fragrant gardens of the Archeological Museum. Our new Italian friends and colleagues offered abundant comfort and succor. “We survived Berlusconi,” they assured me, “you will survive Trump.” And indeed, in 2016, it seemed Italy had weathered Berlusconi’s reign well enough.

But I wasn’t so sure America could do the same. American social structures are weaker. Families live far apart; people are forced to move thither and yon for new jobs, because higher salaries are needed to meet the cost of living, plus the looming spectre of lacking health insurance hangs over the heads of everyone. Or people stay in one place and stagnate economically. Just ask JD Vance of Hillbilly Elegy fame. (Kidding, don’t ask him.) Social structures in Italy seem so much more deeply rooted and robust than do their weak parallels in America: universal childcare starting at age 3, universal retirement, universal healthcare, universal education from age three to graduate school, sick leave, and guaranteed annual holidays. I am sure I am forgetting some. These are the public expressions of respect for human life for which I love Italy so.

There is no way on God’s green earth that an Italian politician or ruling party could deprive Italian citizens of these rights, expressed in the form of firmly founded social structures and programs. S/he would be out on her/his ear in a split second. Italians have a long memory of poverty and privation. I think they know how close we all skate to the edge in this world and would be loathe to give up the bulwarks they’ve put in place to ensure human dignity throughout the course of a life.

And aside from the commonweal, Italian culture has anchors in place that provide a safe harbor from swift-running political tides. The family, the dinner table. A daily espresso or two. An appreciation for the changing seasons, for planting and tending and watering and the harvest each fall. A cultural patience with babies, children, and older people; sympathy for the vagaries of the human body, and how it can sicken or become injured, and need time to heal, and compassion when it cannot do so. These are the cultural tenets for which I love Italy so.

Meloni’s coalition, however long it lasts (never very long in Italy), cannot touch these social and cultural tenets of well-being. To do so would spell a quick political demise.

In the U.S., when power changes, it can effect change very quickly, for better or for worse. The Muslim travel ban comes to mind, along with student loan forgiveness. Other political footballs get kicked around year after year with little progress. Universal healthcare. (The ACA was a great step.) A safe civil society, free from the de facto civil war that the burgeoning American firearms culture has created for every single person living in America.

In Italy, the post-war Constitution, ratified by popular vote in 1948, virtually ensures a hamstrung government. This political structure was strategically designed to ensure that a fascist sweep to totalitarian power never happened again.

But memory is short. Italian friends who sold their house out toward the coast a couple of years ago had an attic repository for some Fascist relics by way of uniforms, certificates, and medals. (Great-uncles and whatnot.) They chose to burn them in a pile in their olive grove, atop a bonfire of twigs and branches. Hey Fascists, feeling a bit less tightly bound now? “We cannot let these get back out into the world,” the told me. “Into the hands of right-wing nuts, these become totems, objects of mythical worship, of a time before they want to get back.”

The husband told me he’d taken a pair of black boots to a cobbler for repair. The gleaming glory of a former Fascist’s uniform. The cobbler took one look at them and blanched. yet memory is long. “I don’t work on these,” the cobbler said, handing them back firmly and calmly.

After the September 25 elections, I got a flurry of messages from American friends. “Uh-oh, trouble over there.” “Looks like you got your hands full.” “What are they saying about the election result?!” Me: “Not much.” Italians have their cultural anchors and political guarantees that no one can touch. Right? This is a dearly held belief. The downside of this is that change can sneak in at midnight and clean out the house. Perhaps Italians felt they had cultural anchors and political guarantees in 1922. And they did. But the radically shifting political landscape, at that time, did not touch these anchors and guarantees. It ran on a third rail which turned out to have devastating consequences for the country. I recently read the elucidating Naples ’44 by Norman Lewis, an English eyewitness to the aftermath in southern Italy. It was no picnic, people. And indeed, they did not have much left for a few years of their anchors and guarantees. But I am suspect that the experience of famine and violence further strengthened their commitment to civil society. (I am well aware of historic trends and decades since then that contradict this statement, but I speak very generally here.)

So, my American friends. Vote, and do what you can. The vote is important. I voted, and I hope my vote counts, even in its own tiny weight, as a vote for a civil, safe, and just society. But on the other side of the looking glass here, I see more clearly the vote is not the last word – for better or worse – on how events unfold. And it shouldn’t be. Think about family and community. Consider what makes you feel safe and whole. Move toward those things. There’s a narrative – infinite narratives – taking place outside of the election narrative.

Another thing I don’t miss: staying glued to whatever news channel to watch election returns on election night in the same way we watched those little polls tick up and down in the run-up, or Wolff Blitzer move those red and blue icons around on his CNN 20’x30′ touchscreen. I get that elections are important. I do. But there’s only so much one person can do while staying sane. I urge everyone to take a deep break, make a dinner you like, and sit down with whomever you like to talk about something other than the election results this evening. There will be plenty of time to debate and freak out. Turn, turn, turn. 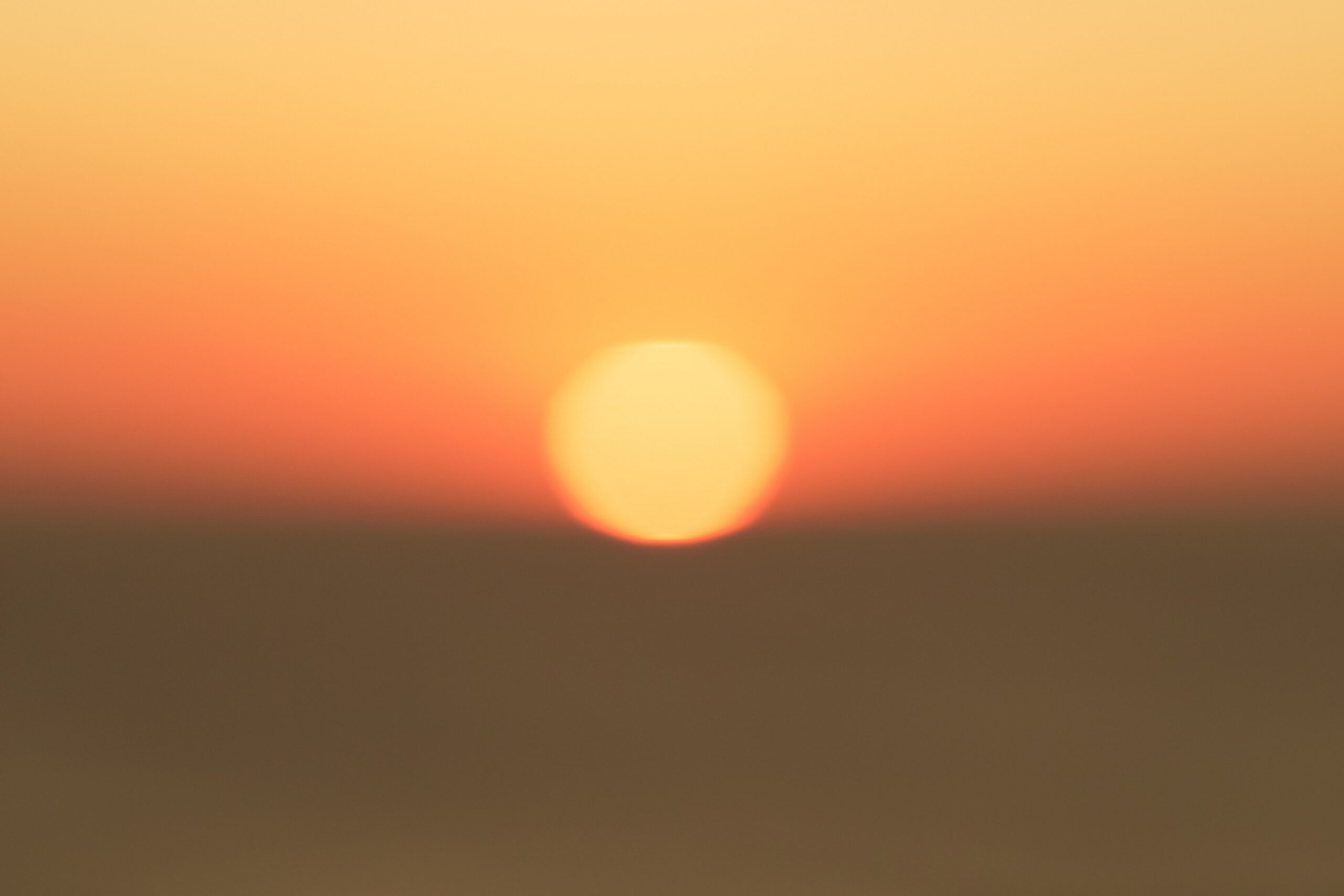 On Weather-Based Living and Carbon Offsets

I’m not gonna lie. When I moved back to Oklahoma from Seattle in 2004, the weather was near the top of my list of things